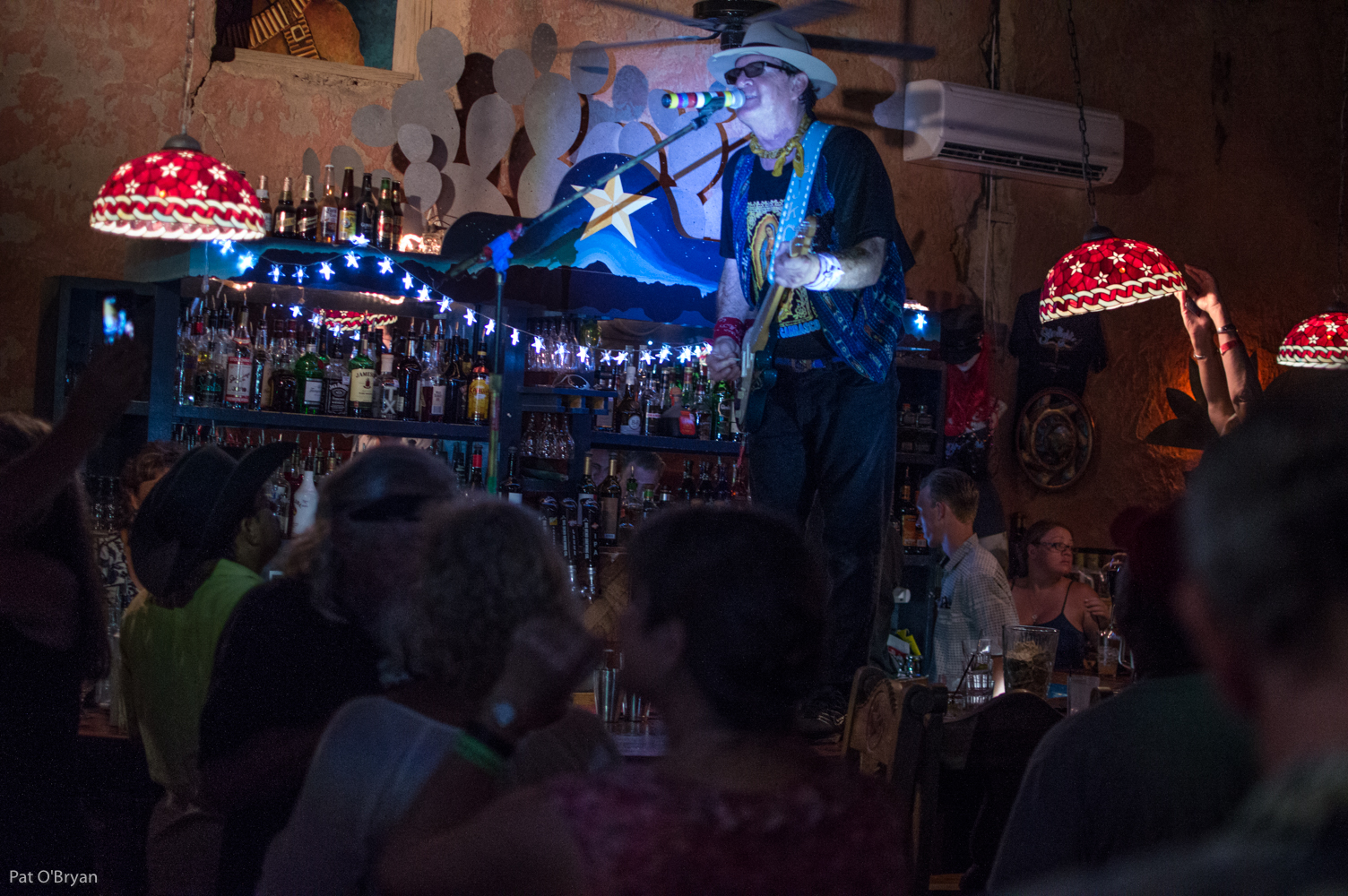 Saturday night at the Viva Terlingua Festival- rocked. My only regret was that I couldn’t be in all 3 venues at the same time. I missed some great music- and some great photos- while I was hearing great music and taking photos.

The first day of the first annual Viva Terlingua Festival was amazing.

Wednesday was all about getting ready.  The Thirsty Goat Saloon at Lajitas Golf Resort and the Starlight Theatre both got new sound systems this week. I spent some time helping Buckner Cooke at the Starlight and Trevor Hickle at the Thirsty Goat dial in their new PA systems.

Then, we set up the photo exhibit.  Crystal Allbright and Betsy Blaydes did the work while Butch Hancock and I “supervised” while talking of fractals and eating peanuts.

Thursday, the music started.  I was at the Starlight – we’ll have pics from the Thirsty Goat later…

Jeff Haislip started the show, with Griff on national steel guitar. Griff stayed on stage and played with Collie Ryan.

Then, Mexican rock star Andres Cantisani played… lots of “who is this guy?” conversation ensued. Andres and I used to kick around Monterrey, Mexico together playing bars and exploring. Andres also played with me when I toured around Texas in the 90’s and early 2000’s. He’s just gotten better and better…

Joe King Carrasco closed out the show. He’s got a rocking band and man, does he put on a show. Joe danced on the bar, ran through the crowd playing guitar, and just generally blew our minds.

And that was day one.  Tonight we crank up with day 2.

Here’s the first video from the festival – Joe King Carrasco on the bar at the Starlight Theatre.