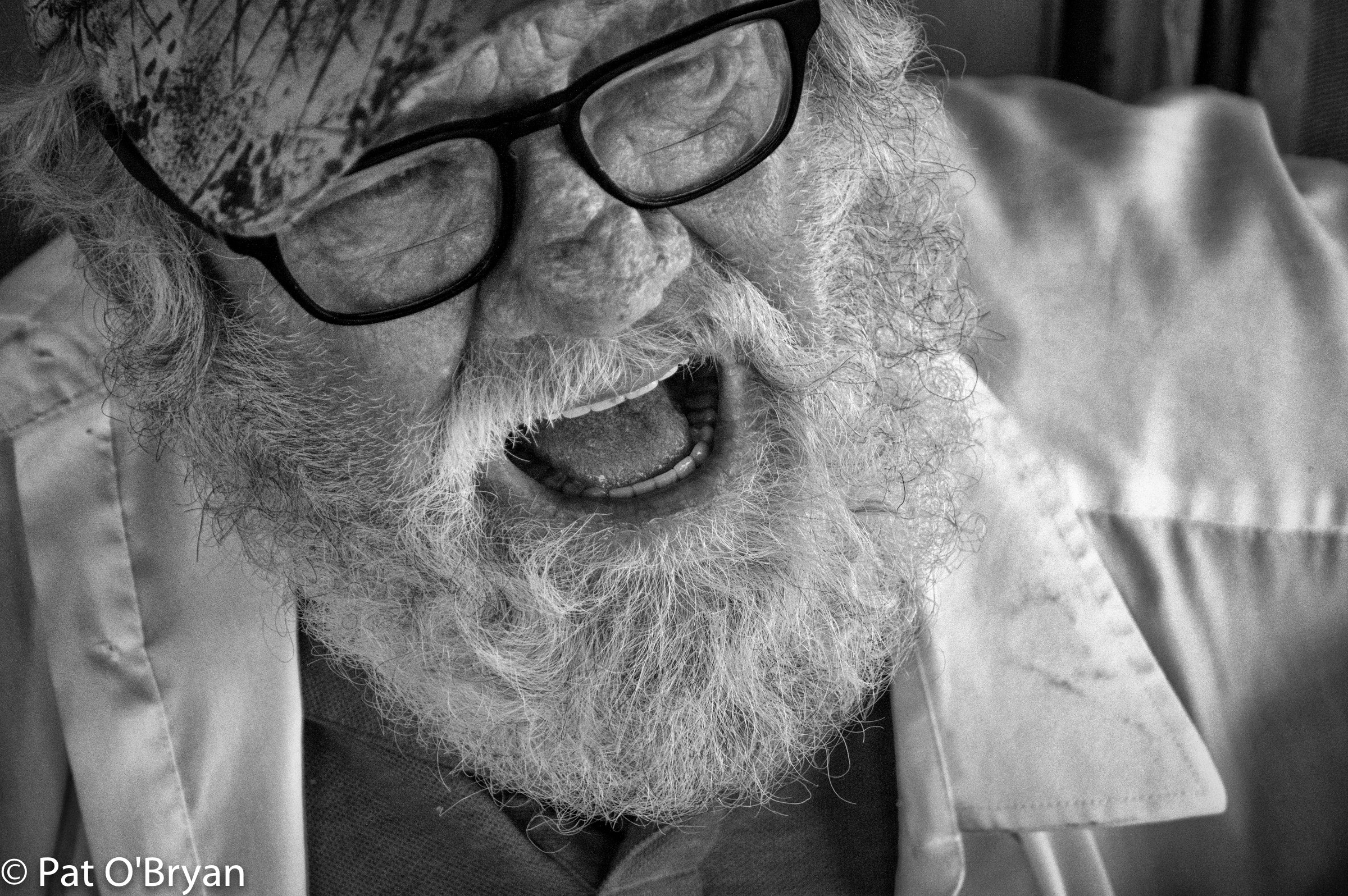 I sat on the porch talking with some other locals and waited patiently. Sure enough, as the sun started to set the party moved to the porch. Guitars, dobros, mandolins, fiddles, a viola (not a fiddle!) and voices melded into a magical impromptu performance.

Guy Clark, Townes Van Zandt, Steve Fromholz – the songs rang out as the sun reflected on the Chisos Mountains.  In Terlingua, we watch the sun set in the East.

Later, the crowd thinned out. There was a loud zydeco band playing in the Starlight Theatre. Chase and I moved to the far end of the porch and he serenaded a small crowd with some quiet tunes. 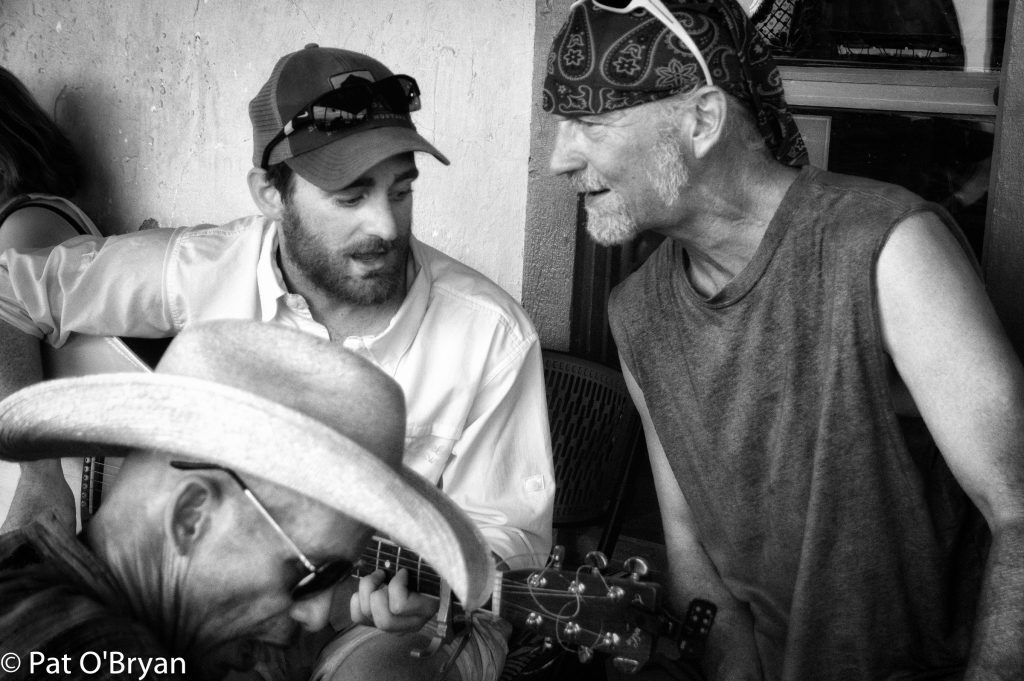 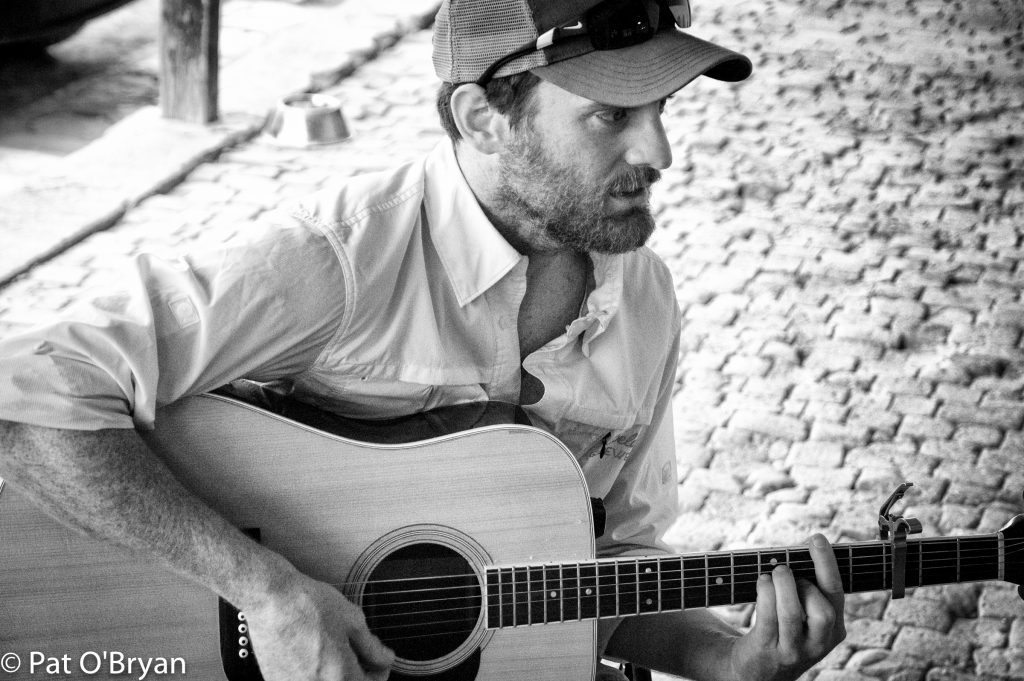 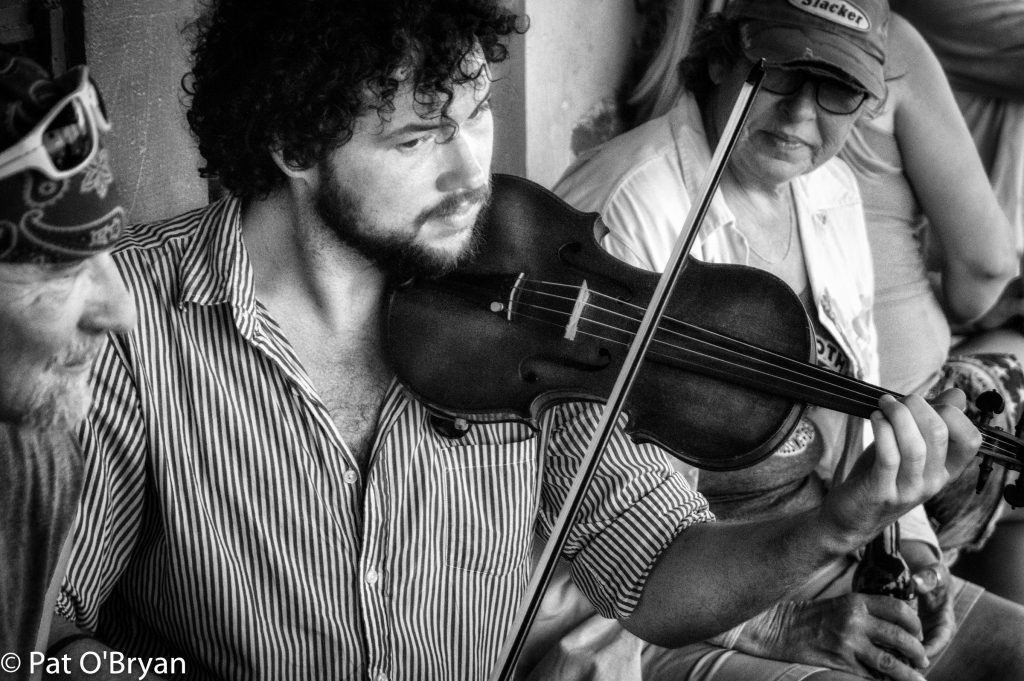 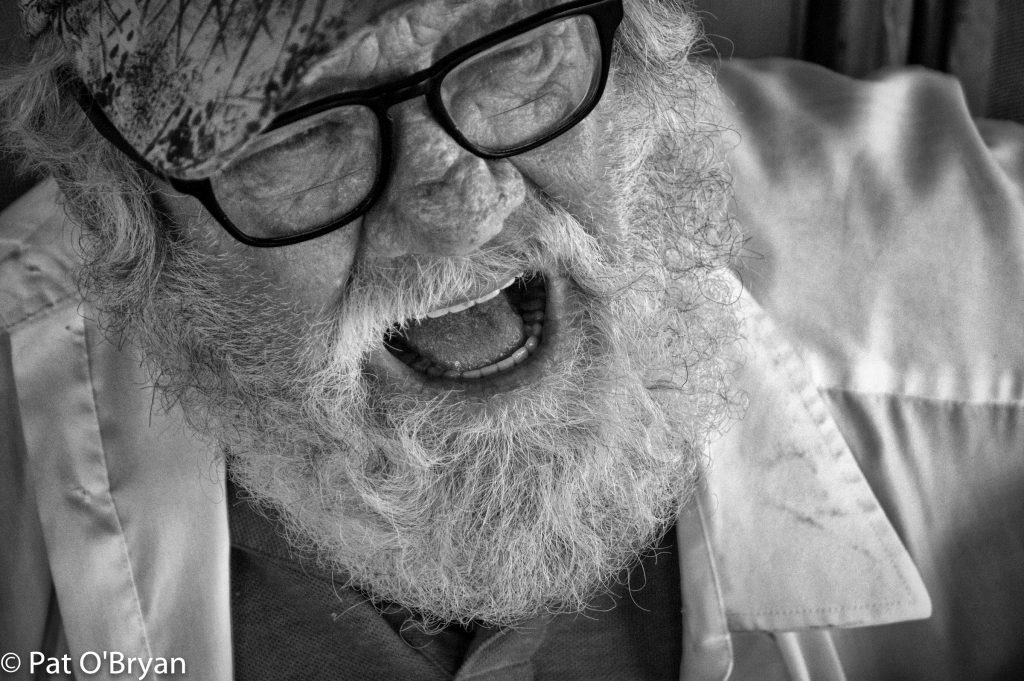 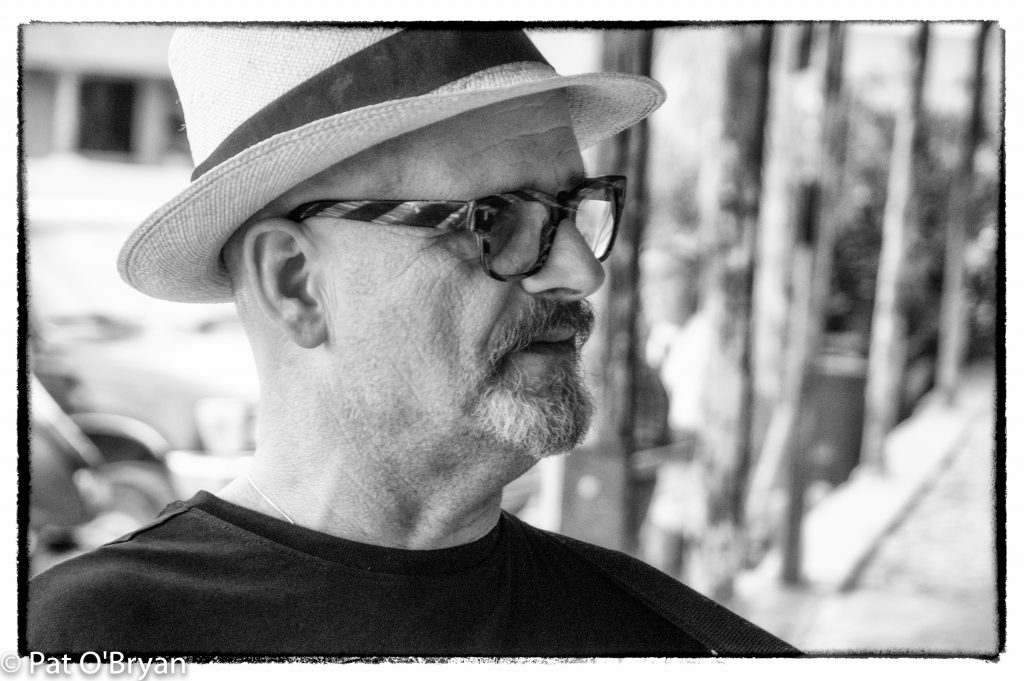 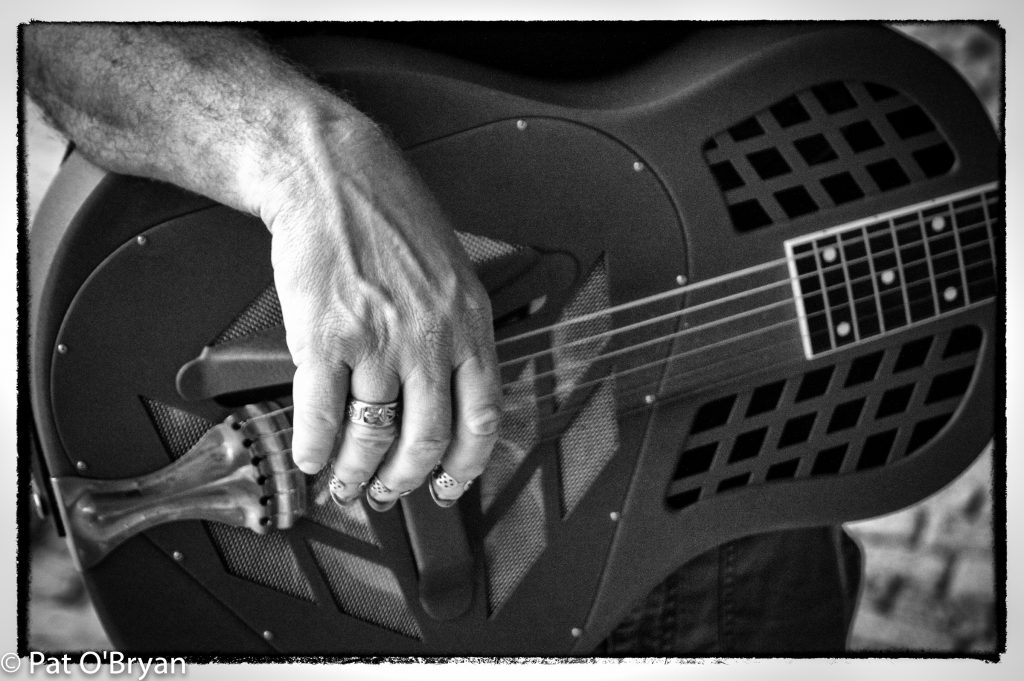 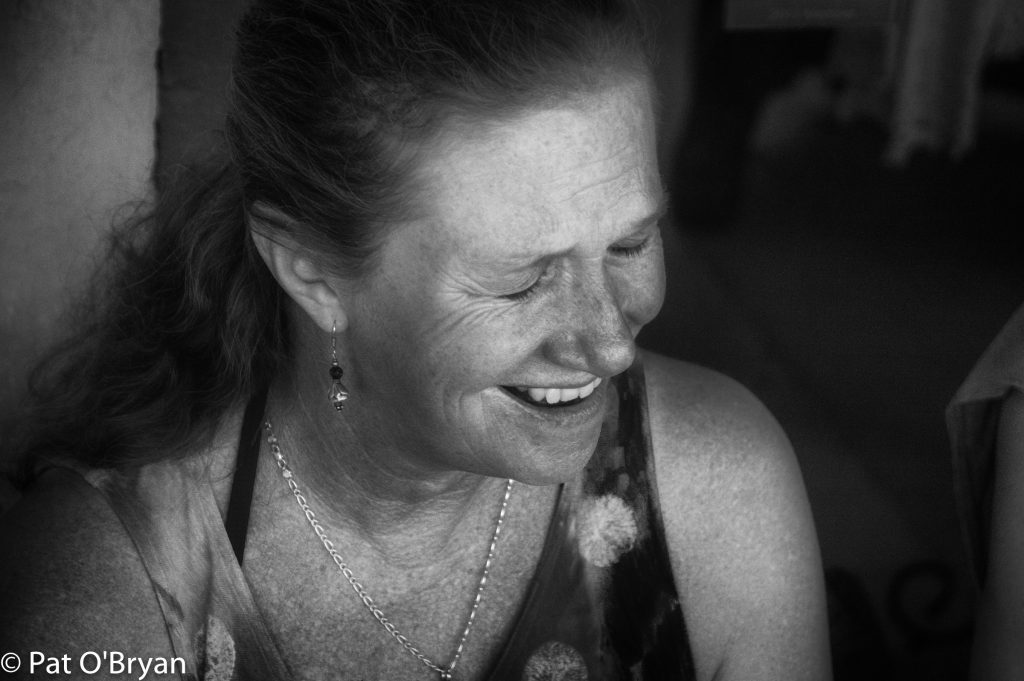 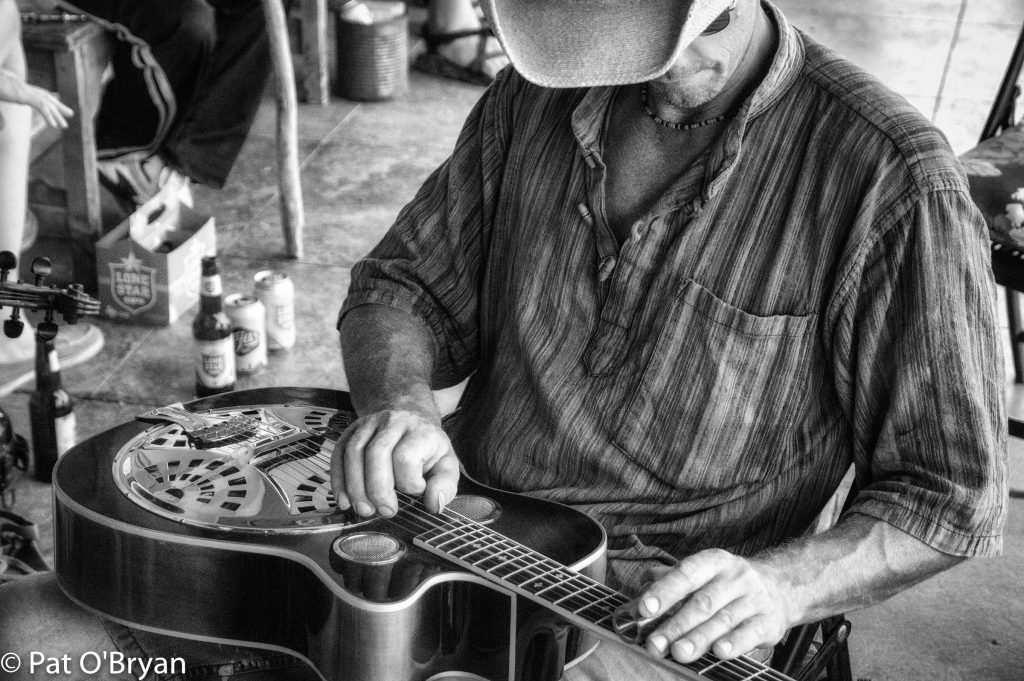 4 Replies to “The Porch After Voices From Both Sides 2016”