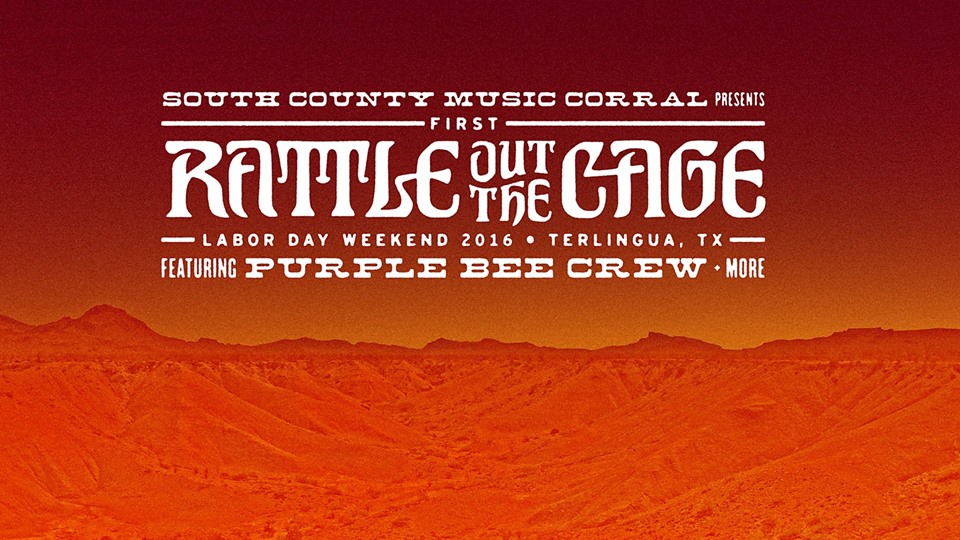 Now, it’s a funky, rustic concert venue. George Goss and his ragged band of volunteers have built a stage, installed a bar, and decorated the Music Corral. Inside, it looks like a scene from Deadwood.

It’s been the set for a music video and a few local parties. Now, it’s headed for the big time.

The Purple Bee Crew is a loose collective of musicians, engineers, artists, and one-of-a-kind personalities – all combining talents to make something real – something bigger than the sum of its parts, and they’re the muscle behind organizing this festival. They run a facility in Lockhart Texas- hit the link to go to their website. Interesting stuff.

Some of the members of the Purple Bee Crew will be performing.

Graveltooth, a band from Austin, will be featured. Click the link to hear some of their music.

I’ll see you there!

To get to the South County Music Corral-

From Terlingua, head North on 118.  Turn right at the Terlingua Ranch main road (about 20 miles). Drive a mile or so- you’ll see the Corral and the cars on your right.

From Alpine- Take 118 South about 55 miles.  Turn left at the Terlingua Ranch main road. Drive a mile or so- you’ll see the Corral and the cars on your right.