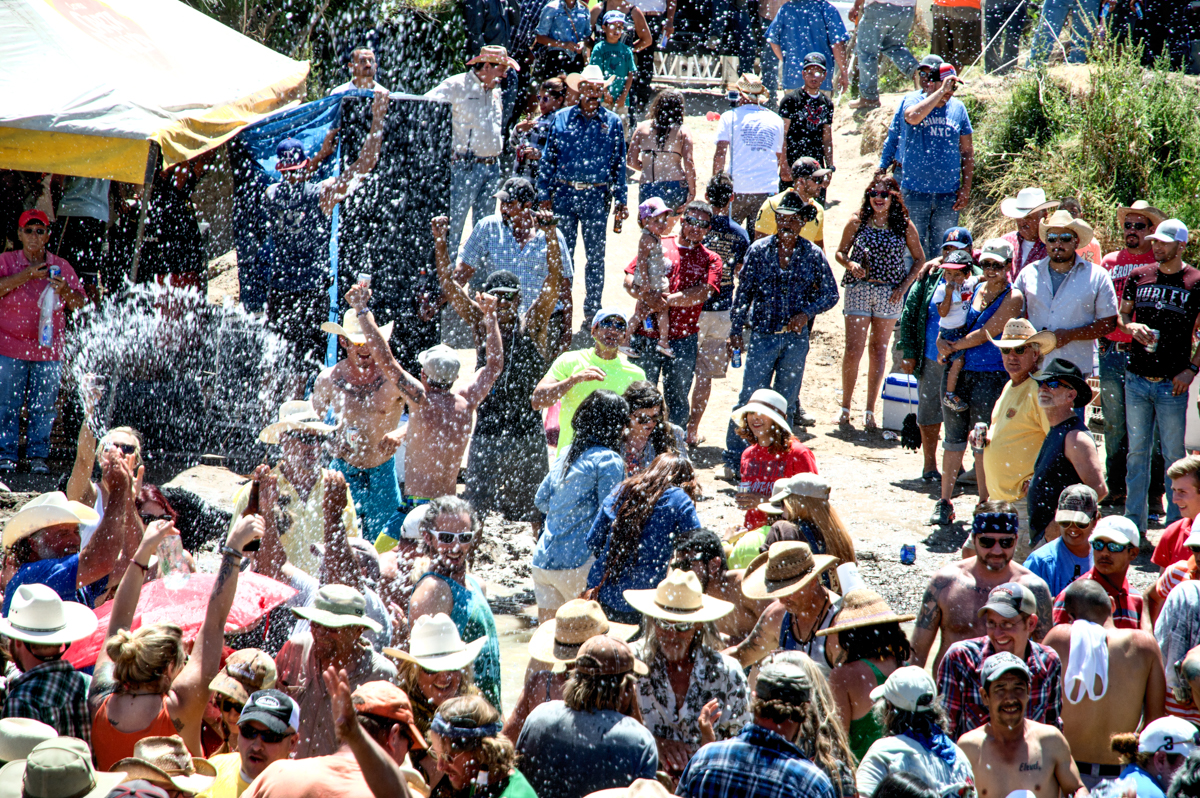 Before the border closing, this stretch of the Texas border actually extended into Mexico. The communities of Paso Lajitas and San Carlos, as well as Boquillas and Santa Elena were home to many U.S. citizens. Traffic across the border was casual, and crossing the border for groceries, dinner, entertainment, or to visit family and friends was common- and the traffic went both ways.

Now, a five minute trek across the river to, for example, grandma’s house has turned into a several hour ordeal.

For the third year in a row, the Mexican bands had the better PA system, and the Mavericks- in their purple stage outfits- were a very hard act to follow.  Very tight and professional. As Trevor Hickle pointed out, it was perfect:  Ojinaga is known for tight, professional ensembles and Terlingua is known for singer songwriters.

The first “Voices From Both Sides” celebration was a small, private affair that went virtually unnoticed.  This year, professional camera crews were ubiquitous, reporters from San Antonio and Midland interviewed attendees, a reality show crew slithered about, and the crowd was the largest yet.

As the sun sinks into the Western sky, attendees join hands and create a human bridge across the river- with the promise that we’ll meet every year and make that bridge until there is a legal one.

Here’s how it looked to me. You may use these pictures for non-commercial purposes, as long as you give photo credit to Pat O’Bryan and insert a link back to http://terlinguamusic.com 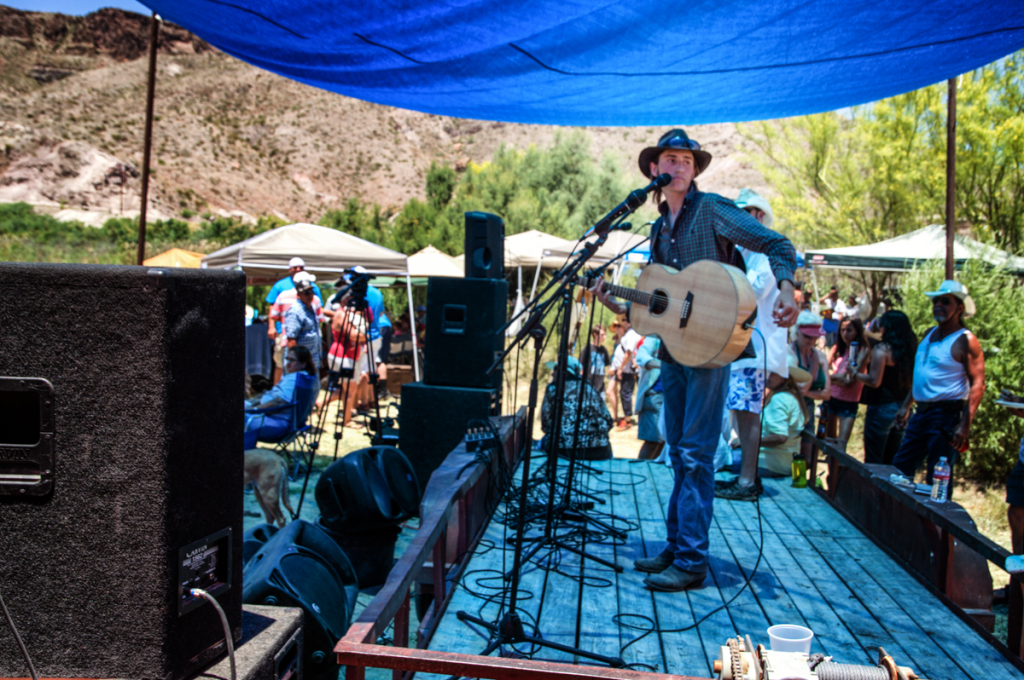