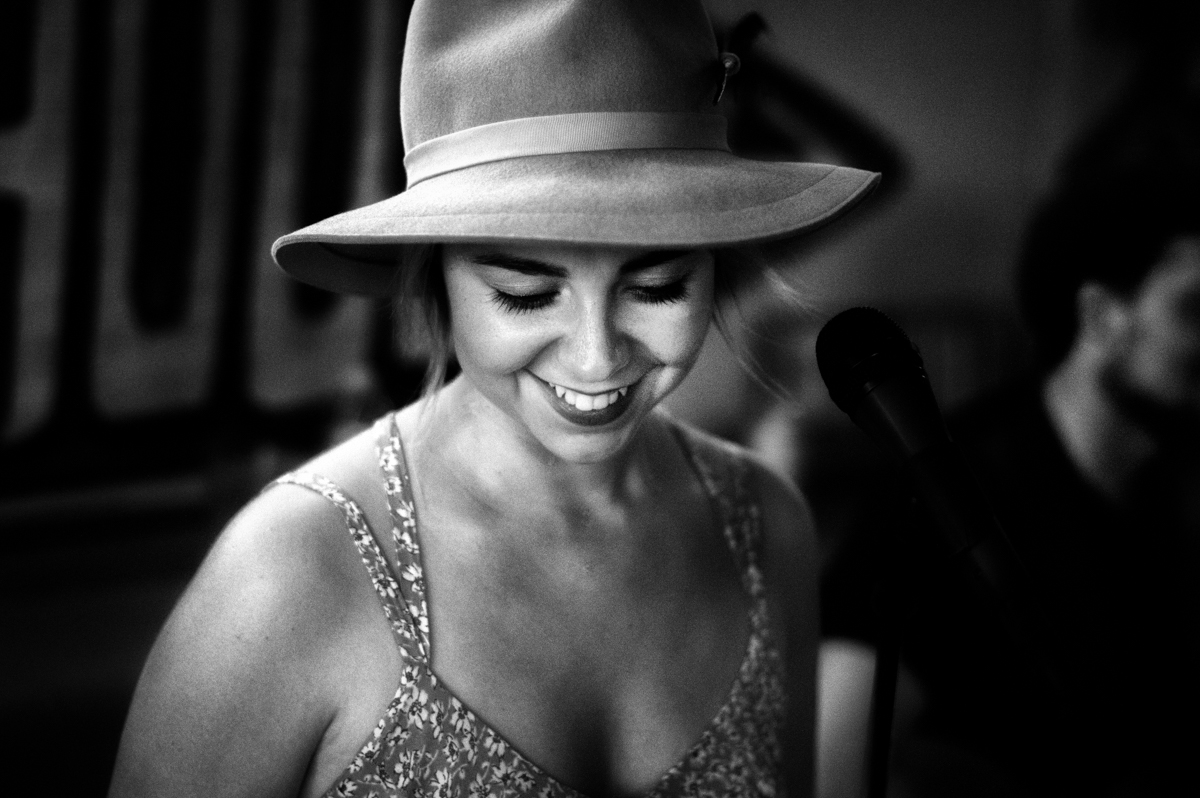 Austin by way of Las Vegas, NV band/duo NWLYWD played the first show of their national tour at the Boathouse in Terlingua, Tx. last night.

NWLYWD formed during the great vowel shortage of 2012, unfortunately.  They really couldn’t afford the necessary E’s to complete their band name, but it’s pronounced “newlywed.” 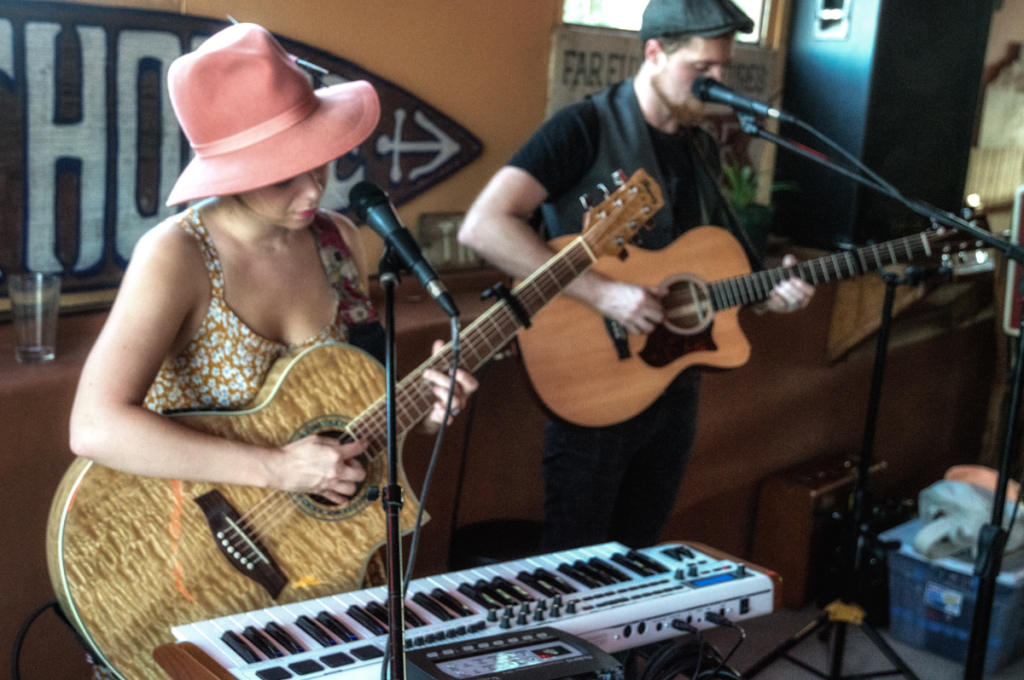 There’s a lot to unpack in that sentence.  For example, “band/duo.”

Talking to Sterling and Sam before the show, I discovered that they were definitely music-tech literate.  They recorded their new CD with Apple Logic, which is the same program I use.  Logic allows musicians to realize their artistic vision with virtually no limitations.  Want a symphony orchestra?  You’re only one click away.  Want to fix that flat vocal, or stretch a syllable?  Flex-tune to the rescue.

With today’s technology, your only limitations are your imagination and knowledge of music theory. If you want to make a “perfect” CD, you can.

There will always be an audience for poets with acoustic guitars, and a beauty to vulnerable imperfection- think Townes Van Zant, or aggressive imperfection- the Sex Pistols, for example. Terlingua is a hot-spot for acoustic music that attracts minstrels. I think there’s also room for music that embraces technology. After all, what’s important is the music, right?

NWLYWD’s live show balances the two- they both play acoustic guitar, Sam also plays keyboards. They have nice voices and harmonize beautifully. They also sing quite a bit in unison, and their combined voices take on a 3rd color that’s interesting.

They could put on a show with just 2 guitars and a piano, but- in what may be a first for Terlingua- they augment their show with MIDI tracks through an Apple laptop and Sterling triggers drums with two MIDI pedals, giving the effect of having a full band.

It works.  In fact, Jeffro Greasewood and I talked about how they could benefit from a bass guitar- I pointed out that it would be simple to program the bass parts into the computer.

The other interesting point that needs unpacking in the first sentence above is “national tour.”

Like Jim Keaveny, Bruce Salmon, Hogan and Moss, Paul Sprawl, Trevor Reichman, Hank Woji, and several other musicians who call Terlingua home either full or part time, Sterling and Sam take advantage of technology and the changes in the music industry that have made it possible for musicians to tour with an independence that was unheard of previously. Some started out sleeping in their cars after the shows to make ends meet and stay on the road. Some have graduated to posher accommodations. Some haven’t.

An internet connection, a bandcamp or reverb nation page, email, a few YouTube videos- you can put a complete professional press kit online that would have cost a fortune a decade ago, and do it all with a laptop and an iPhone.

Sterling and Sam have put all their “stuff” in storage, booked a tour, and hit the road.

Tonight they’re in El Paso. They’re going to California, Nevada, and Washington State, playing gigs along the way. Some of the gigs actually pay money. Even at the ones that don’t, they can sell their T-shirts, CDs, and other merch. No need for record companies, agents, etc.  Keep the expenses down, put on a good show, make friends and contacts wherever you go, and this model becomes infinitely sustainable.

The odds of “making it” at the Miley Cyrus level are still marginal, but the odds of having an interesting life, developing and sharing your art, seeing the world and developing a valid career are actually pretty good.

Sam and Sterling have connected with me on Facebook. They asked for my contact info last night, and we talked about promotional ideas. I’m looking forward to following their adventures virtually- I think they’re going to do just fine.

I’d also bet good money that the next time they play in Terlingua, they have a larger crowd to play to.